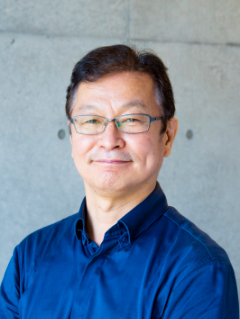 Dean Matsuura’s recent research themes elaborate on a full analysis of influences in medieval Italian art and Renaissance art and how to apply the findings to the modern world.

His educational promise: “I know pursuing art is never an easy path to follow. My promise as the Dean is to provide all the supports I can give to our students who are aspired to do better than they did as undergraduates.”

Education: Upon graduating with a degree in Art from the School of Art at Tokyo University of the Arts, Dean Matsuura received a scholarship from the Italian government to further his studies with the Research Institute of the German Art History in Florence within the Department of Art History of the School of Literature at University of Florence. He partook in the Research Fellowship for Young Scientists at Japan Society for the Promotion of Science and completed the doctoral program at Tokyo University of the Arts without a doctoral degree.

Career: After teaching part-time at universities such as Juntendo University, Tokyo Kasei University, and Tokyo University of the Arts, he joined Tama Art University.

Activities: While focusing on his field of study, he apportions his time to promote the Renaissance Art and the Italian language. 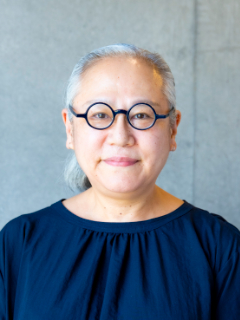 Kyoko Kinoshita received her Ph.D in Japanese Art History from the Osaka University Graduate School of Letters. She served as a curator of Japanese Art at Philadelphia Museum of Art for many years, and she has been a professor of Japanese Art History at Tama Art University since 2013. As a professor and an adjunct curator, she is engaged in education at university while traversing the fields of university education and museums, and past and present works of art. In addition, she co-organised plans and exhibitions which connect Japan and the United States, such as GENJI: A Japanese Classic Illuminated (Metropolitan Museum of Art, 2019) and Hinges: Sakaki Hyakusen and the Birth of Nanga Painting (UC Berkeley Art Museum & Pacific Film Archive, University of California, Berkeley, 2019), and will continue these activities as well. Her main research interests are pre-modern Japanese painting and formation of Japanese art collections in the United States.“Comprehensive Research on Pre-Modern Sugito-e” and “Study of Buddhist Temple Treasures Which Were Brought to Overseas during the Time of the Anti-Buddhism Movement and Financial Crisis in the Meiji Period through World War II,” and “Research on Arthur Tress Collection at University of Pennsylvania and the Cataloging in Publication” are the Kaken research projects that she is currently working on. As a recent study, she focuses on Japanese art works which fascinate American collectors and audiences who have different social and cultural backgrounds beyond culture, space and time, and discusses the various reasons for this. Co-authored Book, Ink and Gold: Art of the Kano (Yale University Press, 2015), and recent essays are as follows; “Signatures and Seals of Sakaki Hyakusen” (Hinges: Sakaki Hyakusen and the Birth of Nanga Painting, University of California Press, 2019), “Evolving Iconographies of The Tale of Genji: Early Modern Interpretations of a Yamato-e” (The Tale of Genji: A Japanese Classic Illuminated, 2019), “Study of the Red-Seal Ship Screen in the Collection of Philadelphia Museum of Art” (2018, Kashima Bijutsu Zaidan Nenpo, Kashima Art Foundation, 2019), “The Edo-Kano School Genji-e and the Double-Sided Screen by Kano Seisenin Osamabu and Kano Yusei Kuninobu” (Kakagaraku, Geika Shoin, 2018), “Plum-Tree with Red Blossoms by Ika Gyokuran” (Shubi No. 18, 2018) and others. 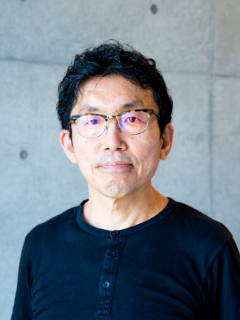 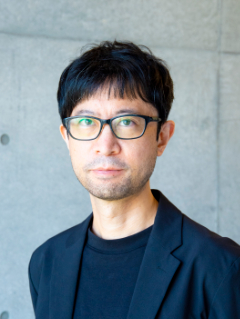 Research Interests: Trained in the field of cultural anthropology, he has conducted his fieldwork among African-American Muslim communities in Harlem, New York. More recently he started a new project that engages in the cultural expressions and movements in the socio-cultural “margins” as well as in the emergent field of design anthropology both in the US and Japan. His research topics include violence, social pain and suffering, cultural expressions and movements, modes of communication and discommunication, mechanisms of discrimination and conflicts, and social design. In Japan, he is focusing on the “crisis” after 3.11, and the related social trends and cultural practices. In addition to being a contributing researcher at Transtechnology Research at University of Plymouth, UK, and a visiting researcher at Institute of Social Sciences at Chuo University in Japan, Nakamura also organizes Ningengaku-kobo (Atelier Anthropology), a seminar for students and graduates of various specialisms (musicians, actors, artists, researchers, etc.).

Education: Graduated with a Ph.D (Sociology) from Hitotsubashi University.

Message to graduate students: Don’t forget the meaning of studying art and design at university. Learn the delicacy of words, continue to hone your senses, and create “culture” together.

“How to Do Things with Fashion: Making and Remaking the World through Hip Hop and Street Culture” Art in Fashion, Fashion in Art, Japan-France Joint Seminar 3, 4 March, 2018. Held at Bunka Gakuen University & The National Art Center, Tokyo.

“Outside of America, H(/h)istories/C(/c)ultures, and Language: Epistemological Notes on Fieldwork in Harlem” Studies of American History (America-shi Kenkyu) (40), Aug, 2017. [in Japanese]

“Journey to New Mexico: Walking the Margins of America” and ”In Conclusion: About This Booklet” Lost and Found vol.4: Travelling the Contemporary, Edited by Yutaka Nakamura et.al., Ningengaku-kobo, 2017. pp.105-150 and pp.151-156 [in Japanese]

“Introduction: About this Booklet” and “Journey to Alaska: Walking the ‘Margins’ of America (3) [Photos by Makoto Matsuo],” Lost and Found vol. 3: Reliving the Contemporary, Edited by Yutaka Nakamura et.al., Ningengaku-kobo, 2016. pp.105-148 [in Japanese].

Contributor, “Epilogue,“ “Dialogic Elaboration in the Field (co-author with Michinobu Niihara and Tetsutada Suzuki),” Michinobu Niihara ed. Being Involved with the Field: Reflexive Research into a Nascent Community, Chuo University Press, 2016. pp.457-466 and pp.523-546 [in Japanese].

“Reverberated Harlem: Voices of Muslims on the Street”, Editorial Republica, Tokyo, 2015 [in Japanese].

“The Harlem Writers Crew as a Cultural Movement: An Exploration into a Shared Realm between Anthropology and Art” Tama Art University Bulletin, 2013. pp.141.-155 [in Japanese].

“The Uptown Kids: New York Harlem no Koueidanchi to Street Bunka” Translation of “The Uptown Kids: Struggle and Hope in the Project”, an ethnography written by two New York based American sociologists, Terry Williams and William Kornblum. Otsukishoten, 2010 [in Japanese]. 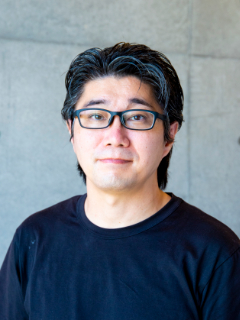 Thoughts on Graduate Education: Considering the role of the graduate school as a think tank in society, I want to pursue Design, not only in terms of its commercial value, but also the cultural aspects of design. 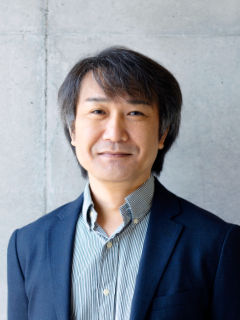 Born in Aichi Prefecture in 1973, Oshima graduated from the Department of Art History, Faculty of Letters, the University of Tokyo. He completed the Master’s Degree Program, Graduate School of Humanities and Sociology, at the University of Tokyo, and received his Ph.D. (Art History) from the Graduate Center, the City University of New York (Doctoral dissertation: “The Figure Reemerging: Jackson Pollock’s Cut-Outs, 1948-1956”). After working as a curator at the Aichi Prefectural Museum of Art, then as an associate professor at the Graduate School of Integrated Arts and Sciences, Hiroshima University, he took up his current position. Oshima specializes in modern and contemporary Western art history. While research on Jackson Pollock has been his life work, in recent years he has been focusing his research on Abstract Expressionism. In conjunction with his current research on abstract painting in Japan, he also works in art criticism, and is now considering embarking on research in New York on the relationship between the city’s art and culture. Major co-authored works include Ils ont regardé Matisse: Une réception abstraite, États-Unis/Europe, 1948-1968 (Musée départemental Matisse, 2009) and Norman Lewis: Looking East (Michael Rosenfeld Gallery, 2019). Major co-translations include Clement Greenberg: Selected Writings (Keiso Shobo, 2005). Major exhibitions (curation/supervision) include “Jackson Pollock: A Centennial Retrospective” (Aichi Prefectural Museum of Art and The National Museum of Modern Art, Tokyo, 2011-12) and “Barnett Newman: The Stations of the Cross─Lema Sabachthani” (Miho Museum, 2015). 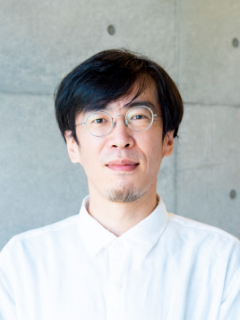 With a degree from General Policy Department at Keio University, Professor Saga worked at a computer company before receiving his PhD through higher education in the master and doctoral programs at Joshibi University of Art and Design (His doctoral thesis title: The Development of Typographic Printing Techniques Applied in Modern Newspapers in the Early Meiji Period). After receiving his doctoral title, he has been devoting his career to research on the histories of design and typography and the construction of graphic designs and digital archives.

In 2014, he assumed a full-time professor position at Tama Art University. His research emphasizes the histories of typography and graphic design and digital archive construction. He strives to focus his research to understand typography and design in modern times from the angles of “ideas, expressions, functions, individuals and the society”. His research objective is to gain standpoints to analyze the future vision of design by comprehending the histories of design in Europe and Japan as a whole.